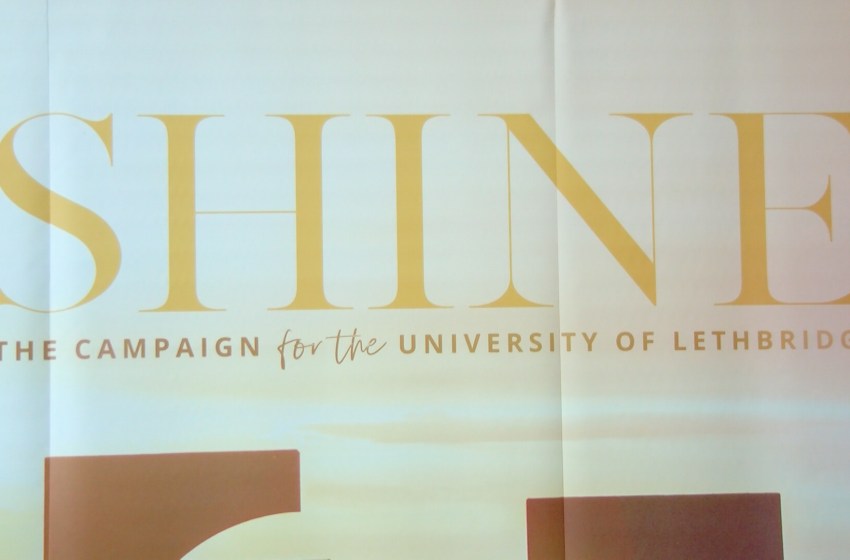 Over $100 million raised for Shine campaign

A fundraiser for the University of Lethbridge called the Shine campaign, has raised over $100 million. This enormous amount of money was given by donors who want to ensure the university continues on as one of the leading post-secondary schools in Alberta. As Micah Quinn explains, the campaign only went public in 2018.Read More 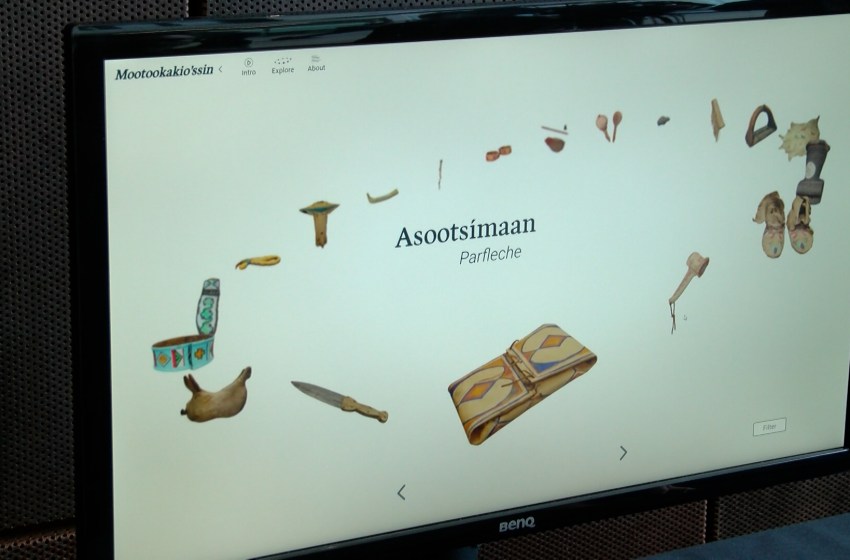 A collaborative project has been created to showcase Blackfoot items in a new digital microsite. As Micah Quinn explains, this microsite aims to reconnect Blackfoot items from museums with members in the Blackfoot community.Read More 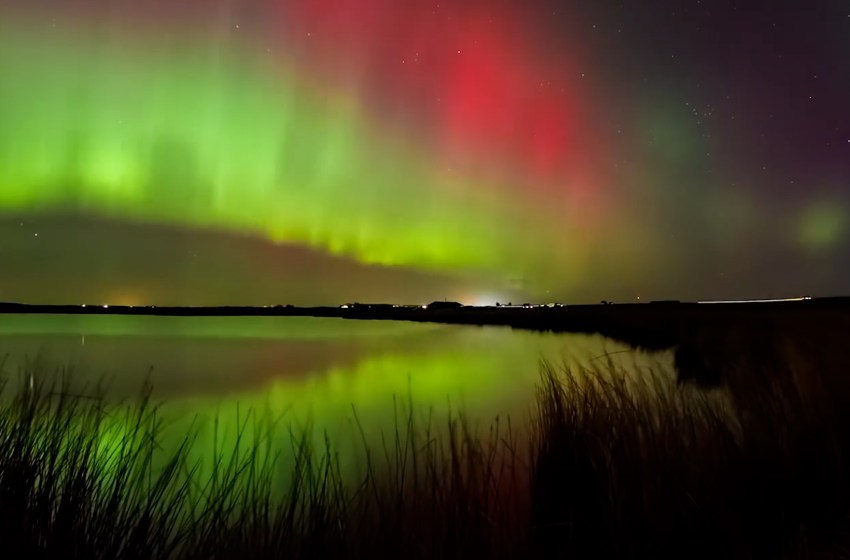 Beauty of the Northern Lights

The beautiful shine of the Northern Lights has created quite the show in many parts of Canada including here in Lethbridge. Locke Spencer, an Associate Professor for the Department of Astronomy at the University of Lethbridge, says as the sun’s rays get twisted and tangled, they then eject and release solar atmosphere and particles out […]Read More 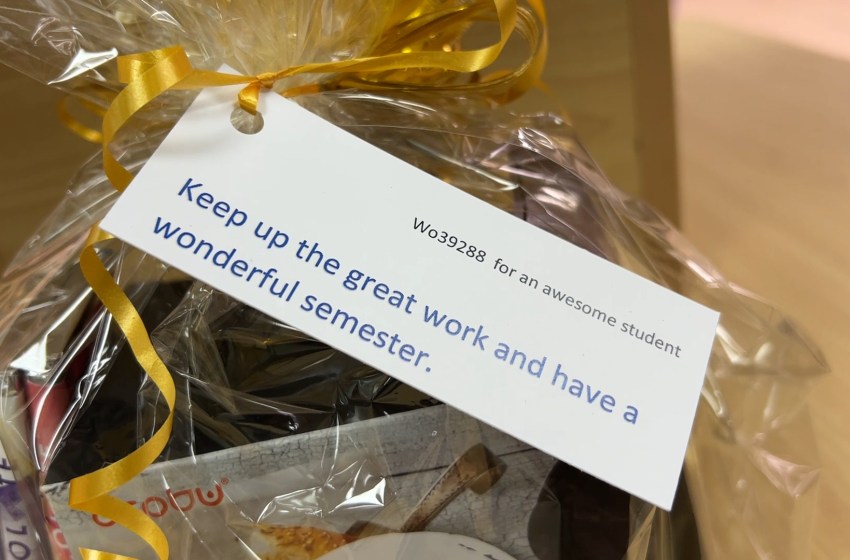 Parents of students living in residence at the University of Lethbridge were invited to order Hugs from Home packages online from the Bookstore. They are small care packages containing treats, snacks, and other gifts.  It is a joint initiative between the University’s Bookstore and Housing Services.  Residence life and education coordinator for the University, Laura […]Read More 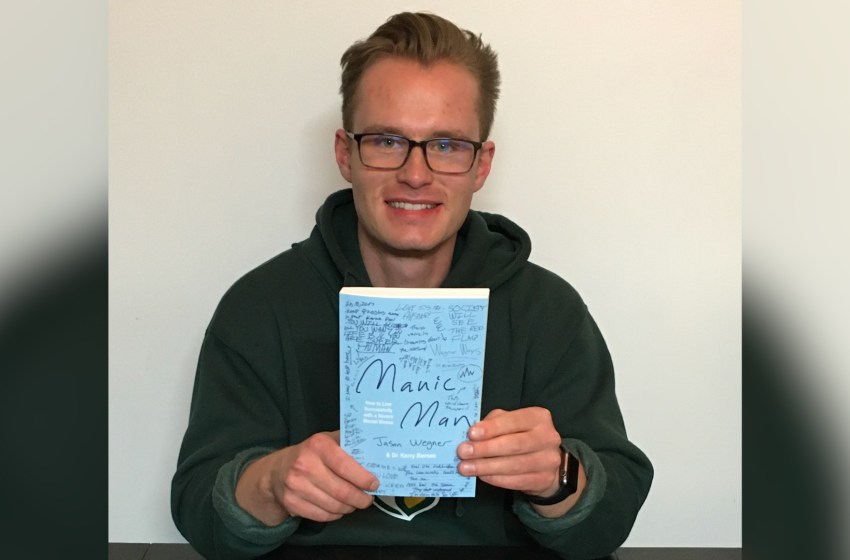 ‘You’re not alone in your struggles’: Lethbridge author shares his

At the age of 24, Jason Wegner is a published author following the release of his new book Manic Man: How to Live Successfully with a Severe Mental Illness. The book takes a look into Wegner’s life when he was diagnosed with bipolar 1 disorder.   In the summer of 2017 Wegner and a few […]Read More 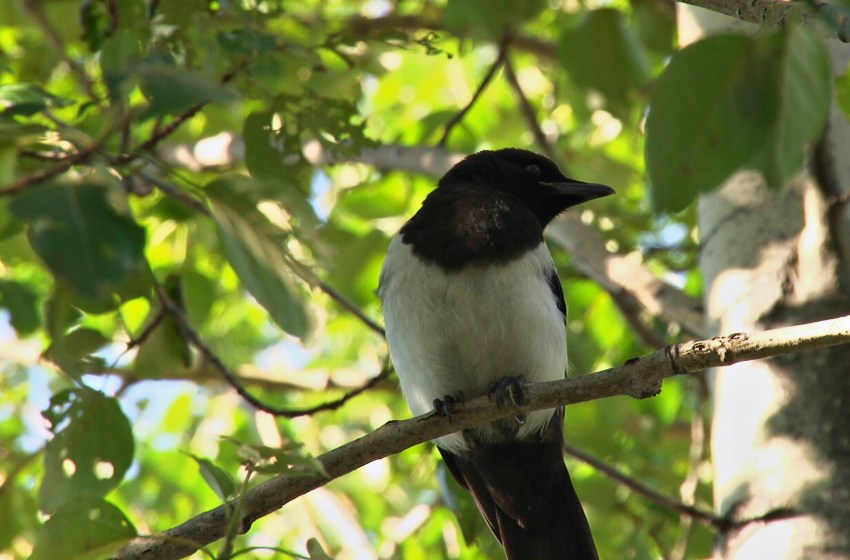 Campus Bird Checklist created by U of L master’s student

The University of Lethbridge has released a new Campus Bird Checklist as a way to get the community involved and to explore local surroundings. Master’s student, Samantha Krause helped with the initiative documenting over 135 different species of birds at various times on campus. The team used an E-Bird software to document and keep track […]Read More 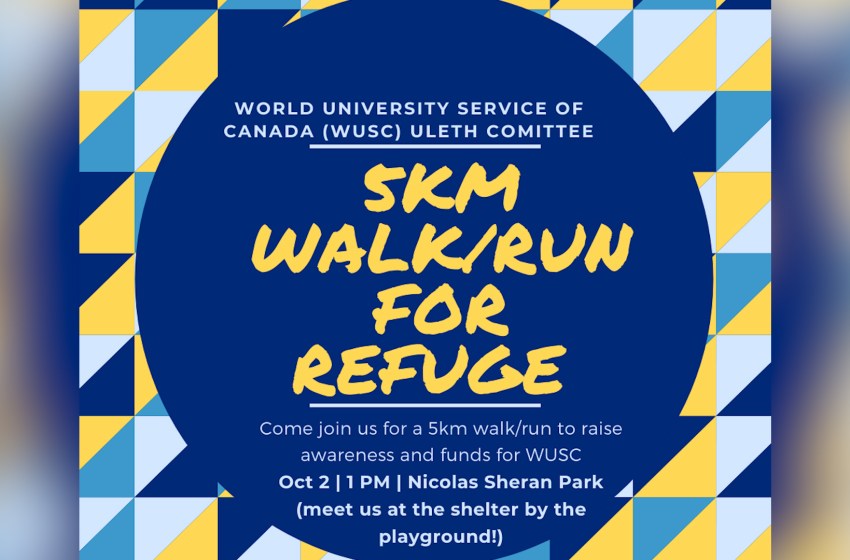 A committee from the University of Lethbridge is hosting a walk and run on October 2nd for a good cause. The Walk/Run For Refuge will raise funds for refugees who need access to education and economic opportunities. As Micah Quinn explains, the team is hoping to raise over $500.00.Read More 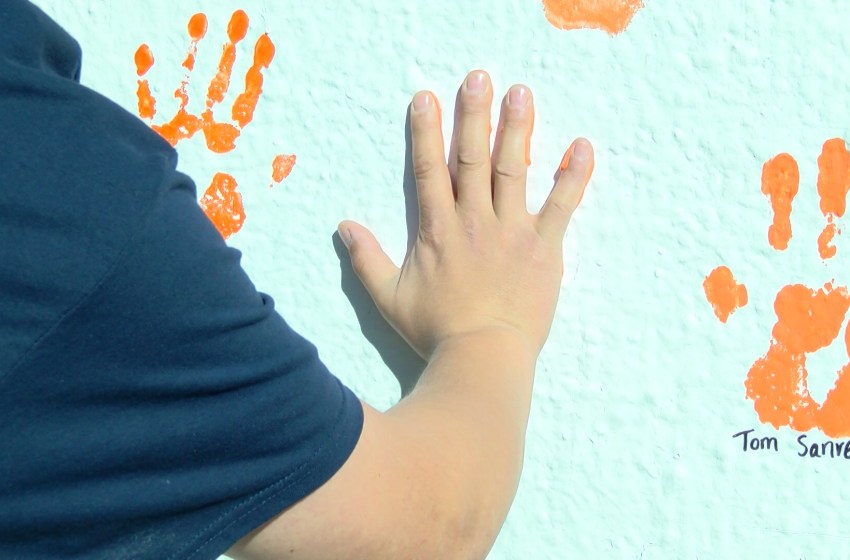 Activities at U of L address reconciliation

The National Day for Truth and Reconciliation will take place on September 30th. There are events going on at the University of Lethbridge to honour the day and as Micah Quinn explains, to also pay tribute to those who were found in unmarked graves.Read More 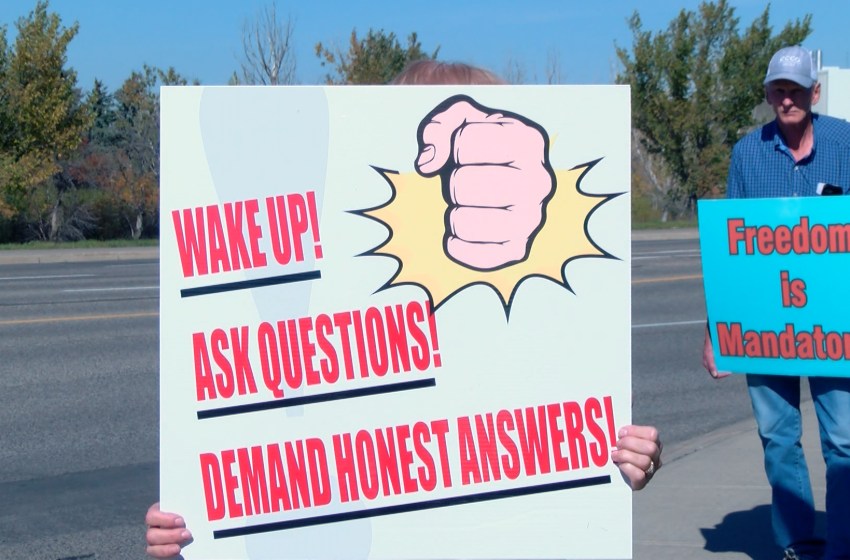 Protestors says no to mandatory vaccinations at U of L

Earlier this month, nine post-secondary institutions, including the University of Lethbridge announced that all students, visitors and teachers will have to be fully vaccinated against COVID-19 to enter the schools. Well, not everyone is in favour of that idea. Some protestors gathered outside of the U of L Thursday afternoon to say no to mandatory […]Read More 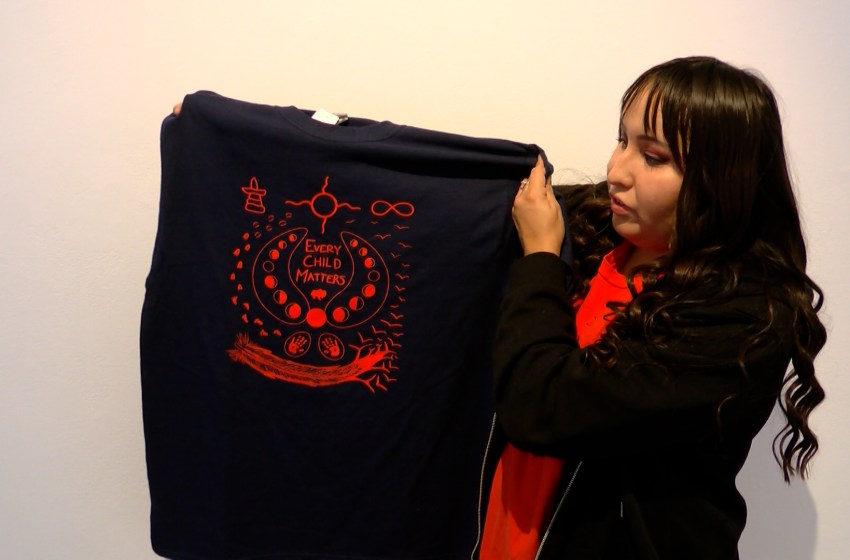 An Indigenous student from the University of Lethbridge has designed a t-shirt that is now the theme for National Day for Truth and Reconciliation on September 30th. As Micah Quinn explains, the student has a personal connection to residential schools within her family, and this day hits pretty close to home.Read More 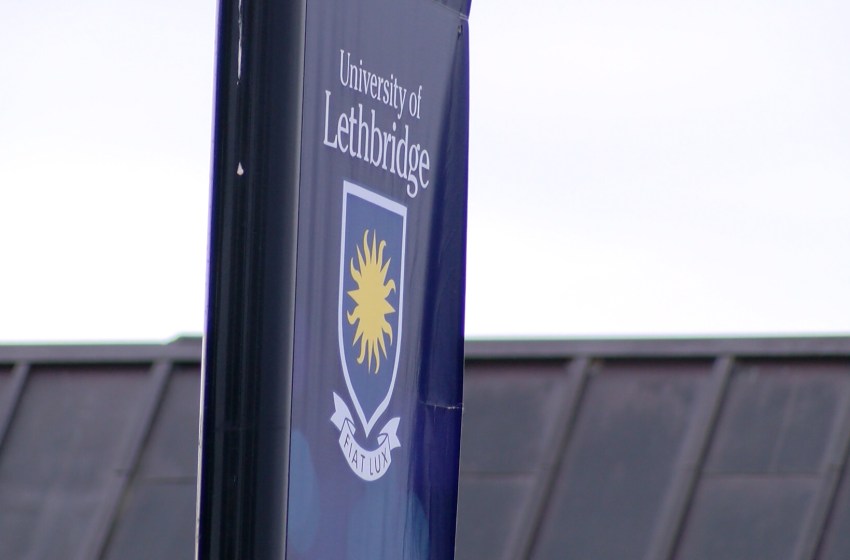 COVID vaccination proof required at U of L, eight other

Students, faculty and visitors at the University of Lethbridge will be required to show proof of vaccination before entering campus starting on Nov. 1. Rapid testing will no longer be accepted as an alternative to vaccination, except for campus community members who cannot be vaccinated based on medical or other protected grounds.   U of […]Read More 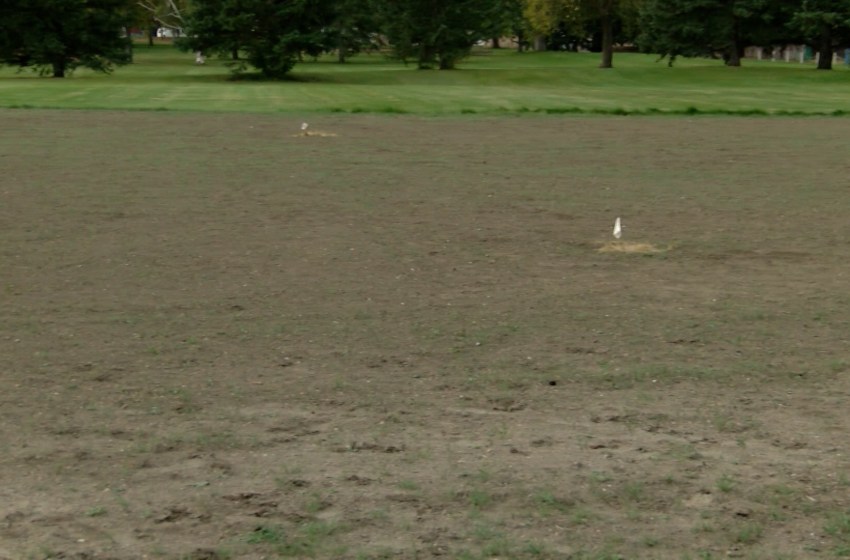 The City of Lethbridge is partnering with the University of Lethbridge to create a pilot program of naturalization for grass growth in our city’s parks. There are three spaces in the city that have been chosen for the program, including Redwood Park, 28th Street North and Mt. Blakiston Road West Green Strips. The three sites […]Read More 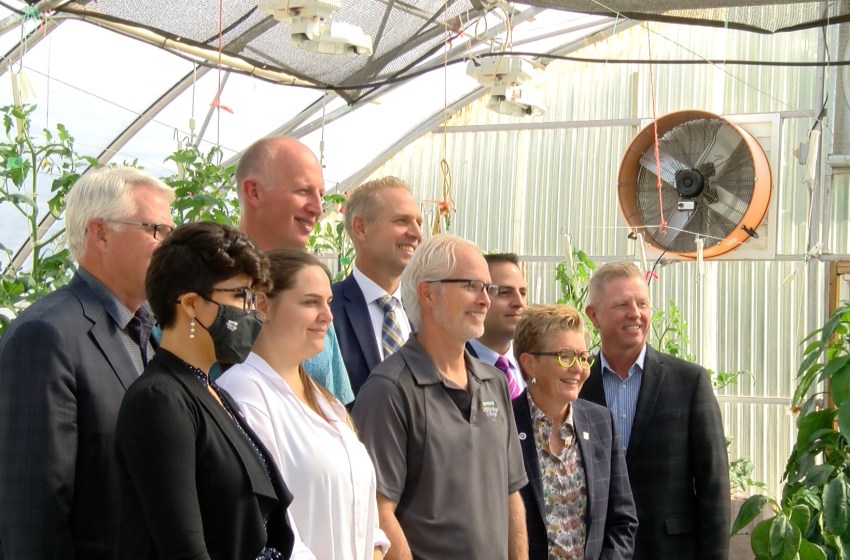 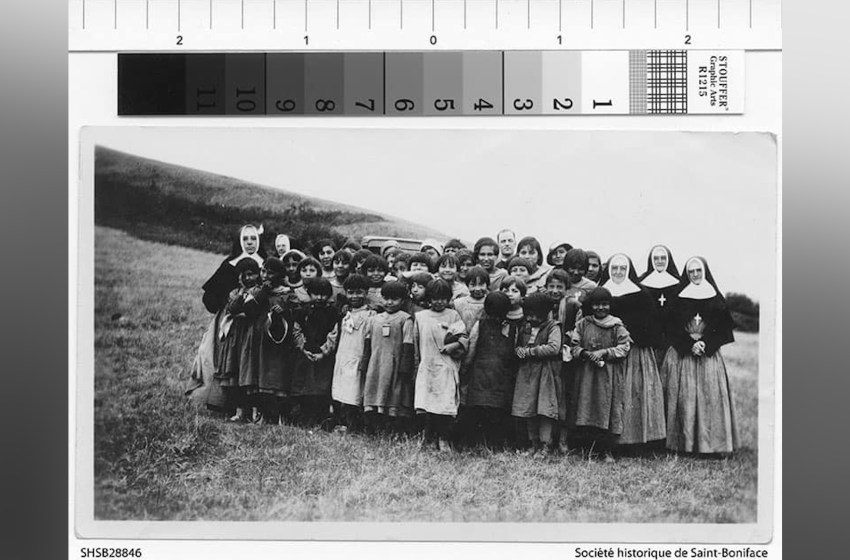 U of L to honour residential school victims

Officials at the University of Lethbridge announced they will be recognizing September 30th as the National Day for Truth and Reconciliation. This news comes off the heels of Ottawa designating September 30 as a national holiday to honour the victims and survivors of residential schools. The U of L is also planning on implementing a […]Read More 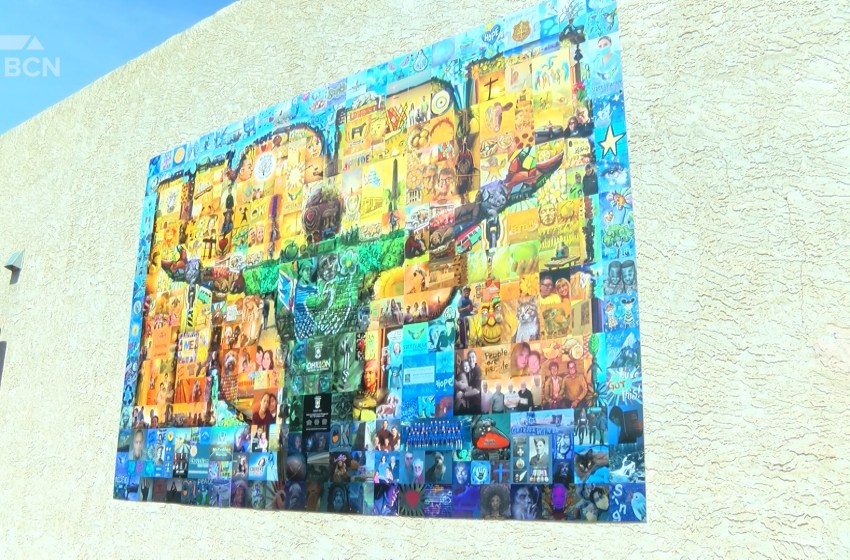 U of L students unveil art mural for Streets Alive

Streets Alive Mission has unveiled a new mosaic on the southside of their building thanks to a partnership with the University of Lethbridge’s Integrated Management Experience. Over the span of 3 months, the Mosaic was created with tiles that were used to create the larger image.    Community members who bought a tile would upload […]Read More 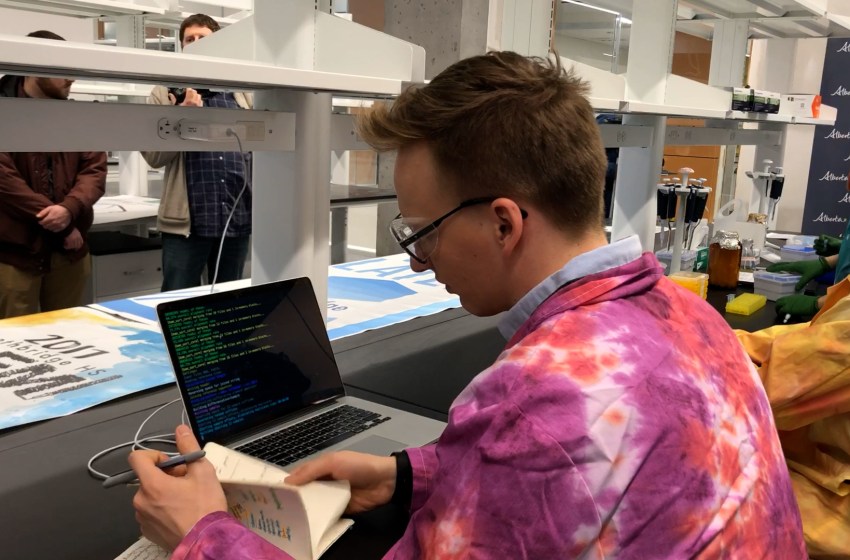 Lethbridge schools prepare for back to school, nothing finalized

We are less than one month away until students go back to the classroom and Lethbridge post-secondary institutions are planning and organizing what the upcoming semester will look like. Currently, both Lethbridge College and the U of L are planning to have all students back on campus in September.    Vice-Provost at the U of […]Read More 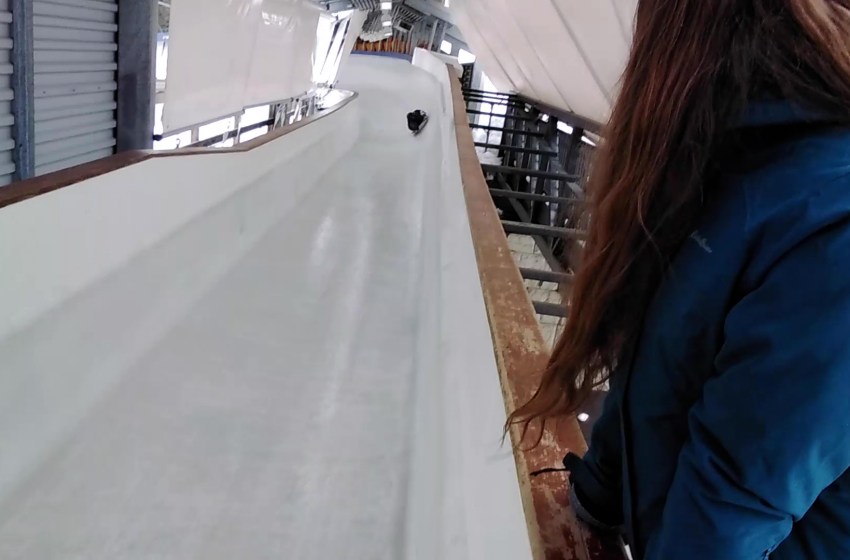 Pushing top speeds of over 100 kilometres an hour while sliding down a hill can be either quite the rush, or something you’ll never do again. The Alberta Skeleton Association is sliding their way to the University of Lethbridge this weekend to recruit new members for their team. As Micah Quinn explains, organizers say they […]Read More 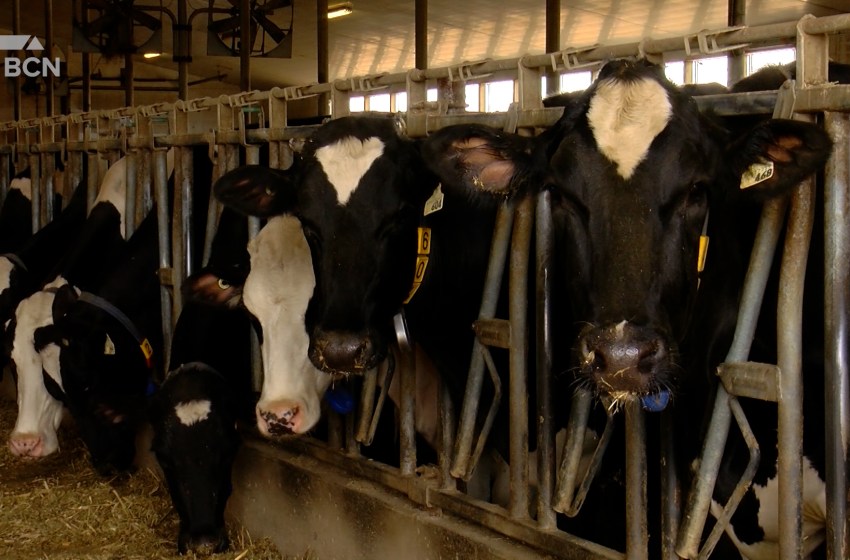 U of L launches Agri-food Summer Series, brining research and

With Lethbridge located in the heart of southern Alberta, agriculture plays a major role in our economy. The University of Lethbridge has introduced the Agri-food Summer Series where local producers and researchers will discuss different agricultural topics related to the industry.    U of L research associate, Dr. Kim Stanford, will be the first speaker […]Read More 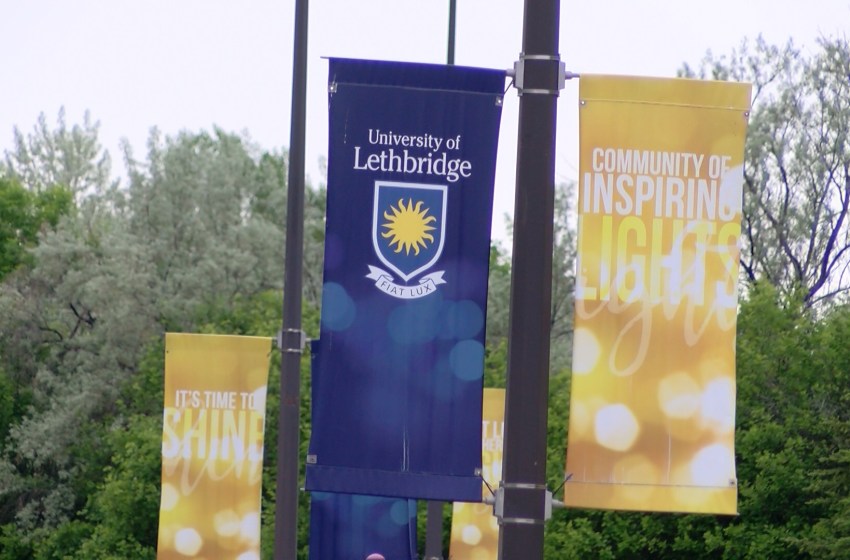 U of L receives $3.7 M in funding for research

The University of Lethbridge research projects from across the institution were supported with more than $3.7 million in funding as the Government of Canada announced a major investment in Canadian Science, engineering, social studies and humanities research.    Associate Vice-President Research at the U of L, Dr. Jackie Rice, says with the additional funding, more […]Read More 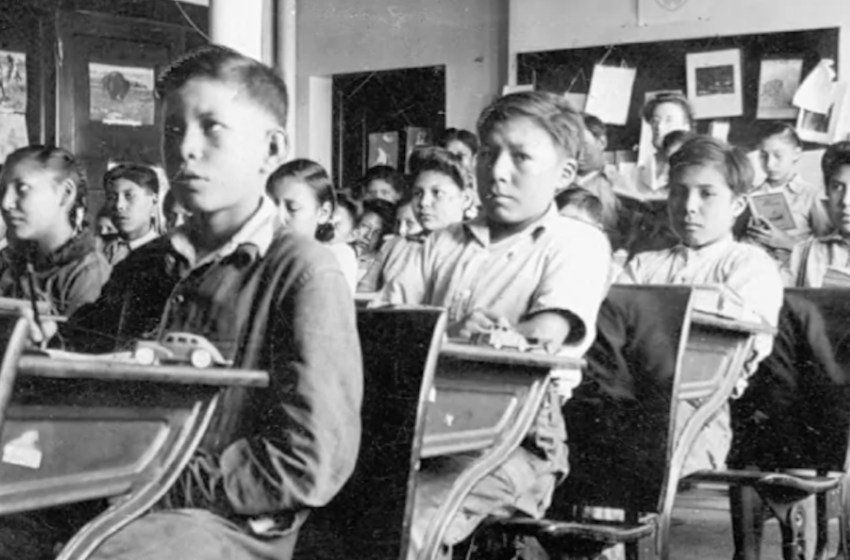 The University of Lethbridge held a ceremony today to honour the memory of the 215 school children who were found buried underneath a Kamloops Residential School site. The remains were found by a ground penetrating radar specialist last week. The U of L’s Chancellor, Charles Weaselhead, who is a residential school survivor himself, says the […]Read More 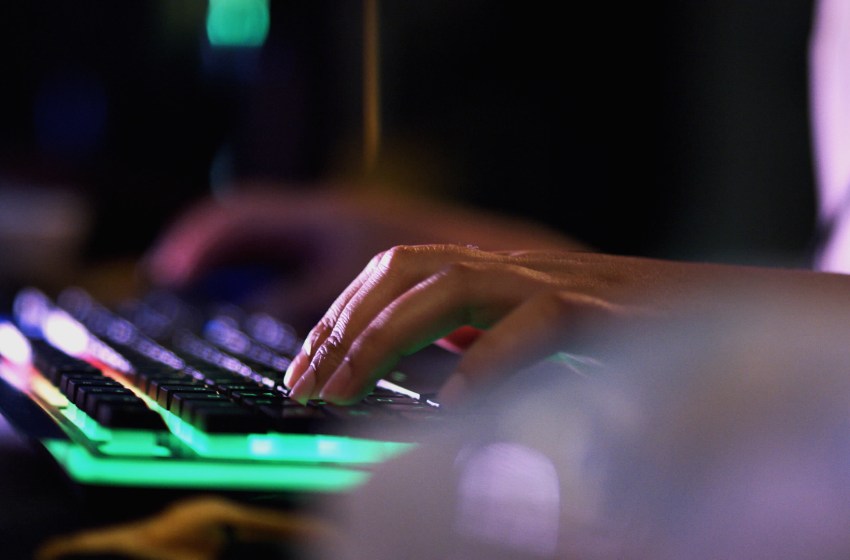 The Canadian Collegiate Esports League will be launching a gaming tournament for university students. The CCEL is a competitive gaming industry that showcases students from over 13 post-secondary schools throughout Canada, including the University of Lethbridge. The schools will battle each other in matches to determine which school will win prizes. Bill Dever, the Chief […]Read More 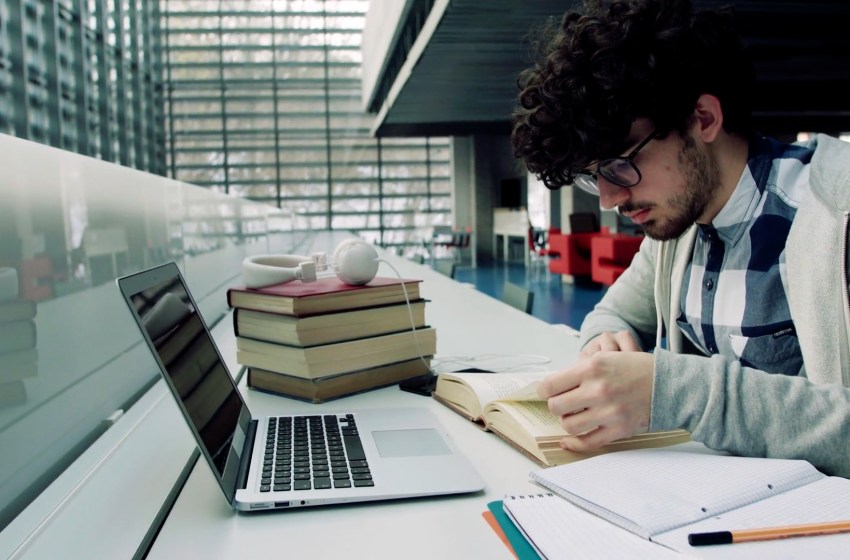 The Alberta government’s budget cuts for universities and colleges has been a tough pill to swallow for both the University of Lethbridge and Lethbridge College. According to the budget, post-secondaries in Alberta are expected to lose 750 full time jobs in the 2021-2022 school year. Cyndi Vos, the CEO for the Lethbridge Chamber of Commerce, […]Read More 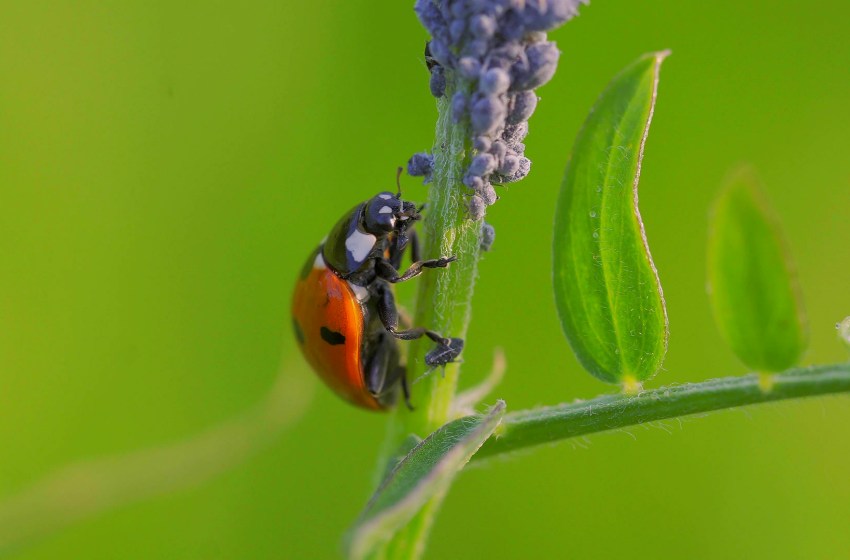 Conservation of insects discussed at SACPA

Insects and spiders play a huge role in our ecosystems, but experts say a large majority of them are on the decline. Dan Johnson is a University of Lethbridge Professor. He spoke at SACPA recently and talked about the importance of conserving many insects. Johnson says that insects like ladybird beetles are important and don’t […]Read More