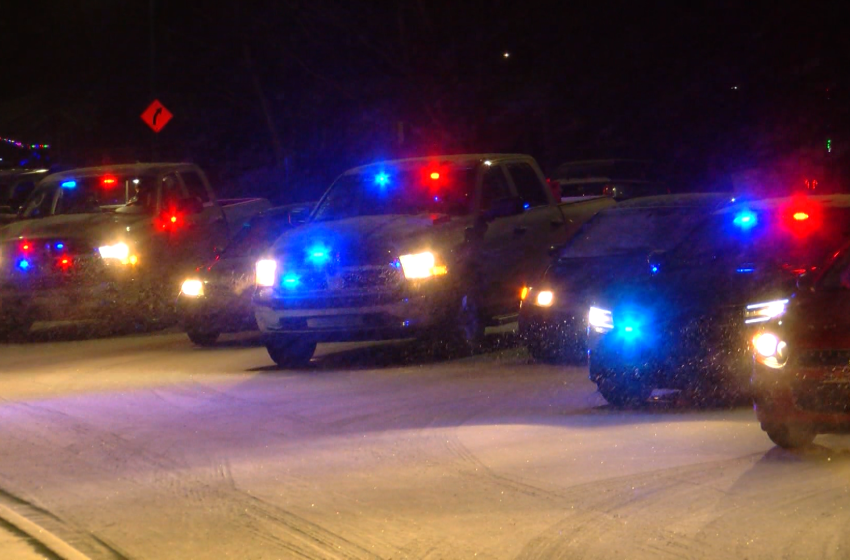 Lethbridge Police kicked off its 2020 Christmas Check Stop Campaign this past weekend in an effort to curb the number of impaired drivers on the road.Read More 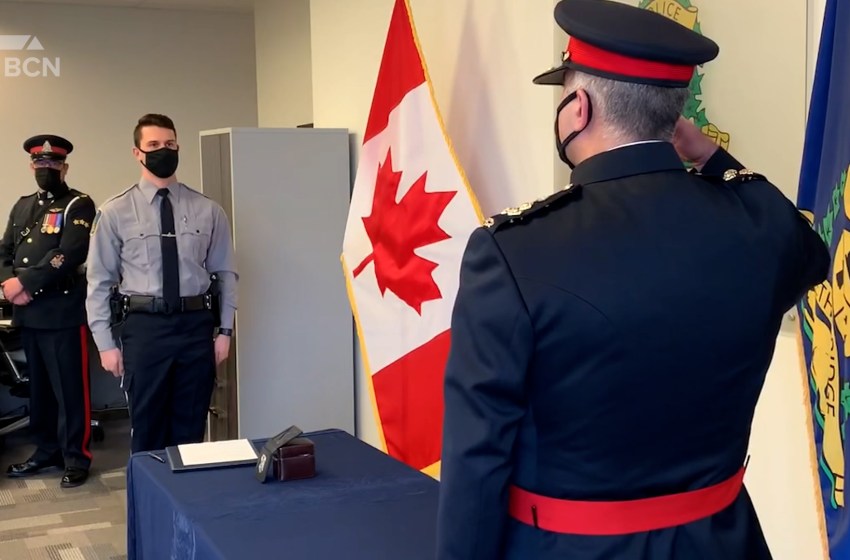 Lethbridge Police Service officially has more boots on the ground today. The LPS graduated 8 Community Peace Officers (CPO). The Siksika Nation will also receive some much needed enforcement. As Video Journalist Ainsley O‚ÄôRiley explains, these officers are a part of a greater plan to help keep our community safe.Read More

Provincial grant not available to all businesses, locals struggling

The provincial government announced new grant options this week for both small and medium sized businesses offering up to $20,000 in funding. There are some business owners however, who do not qualify, leaving them desperate for community support. Video Journalist, Ainsley O'Riley spoke with one entrepreneur who is in a tough position.Read More 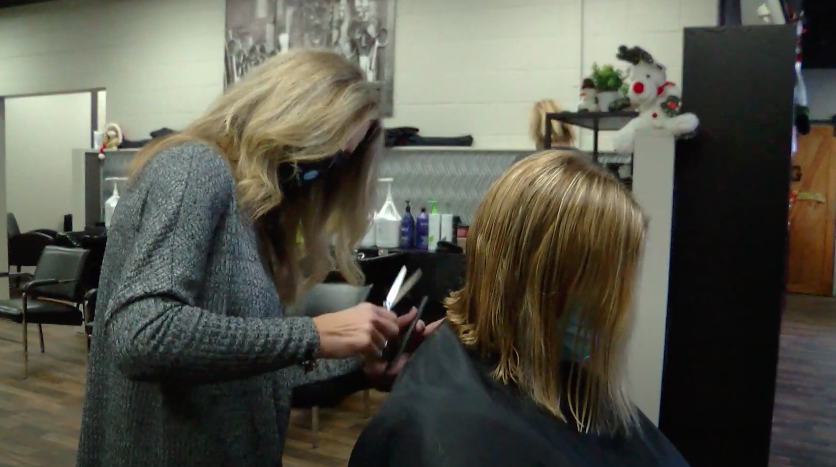 Businesses that offer personal services like hair cuts, nails and waxing will be hit hard this holiday season. The latest provincial restrictions are mandating salons to close down as of midnight this Saturday. As Jeannette Rocher reports, it‚Äôs leaving the public a bit panicked about getting in their primping prior to Christmas...and business owners worried about their livelihood.Read More 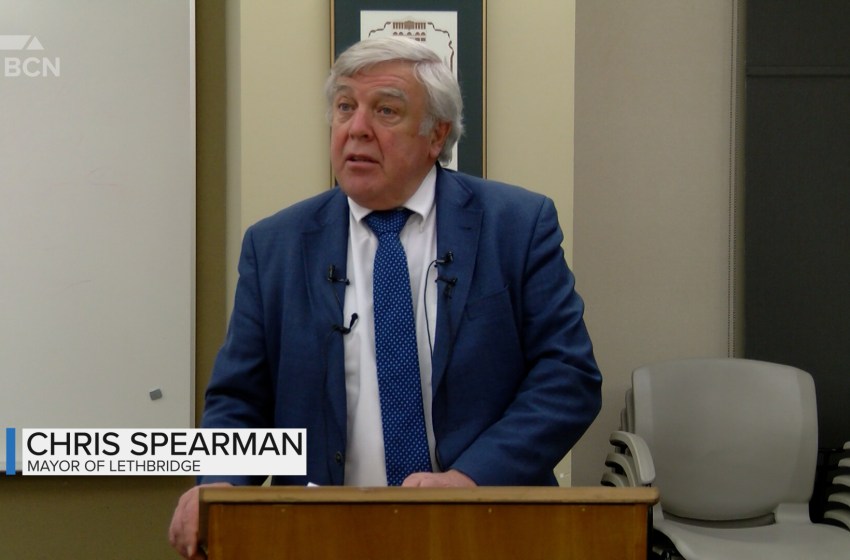 Mayor Chris Spearman has a message for community amidst new

In light of the restrictions, Lethbridge Mayor Chris Spearman shared a message for the community.Read More 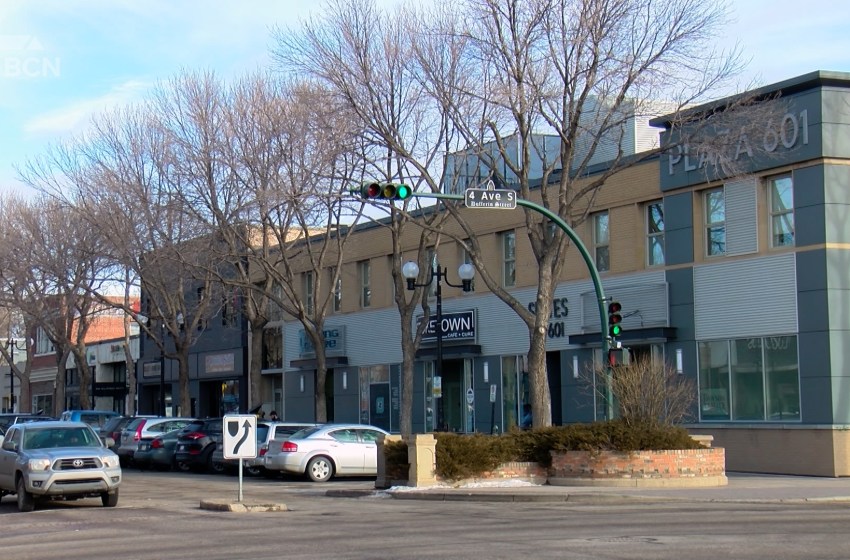 While many businesses say they don‚Äôt think they can survive another shutdown, the province announced new funding on Tuesday.Read More 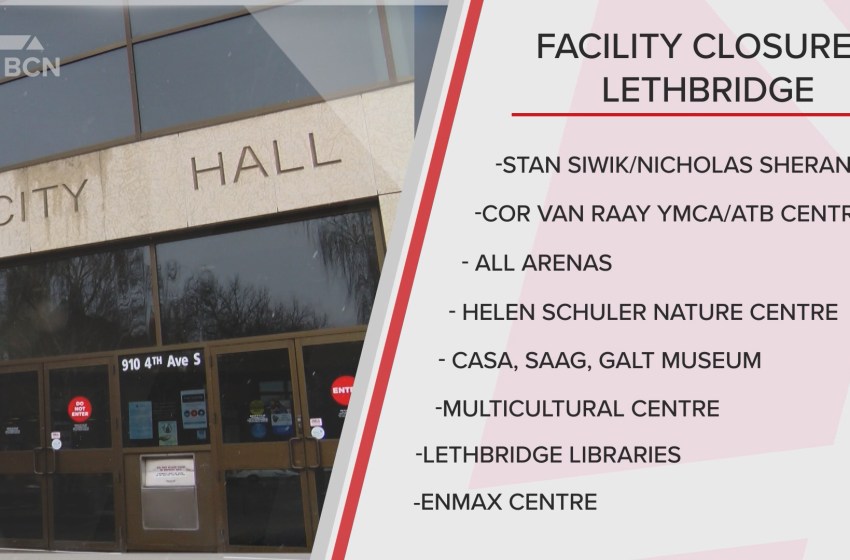 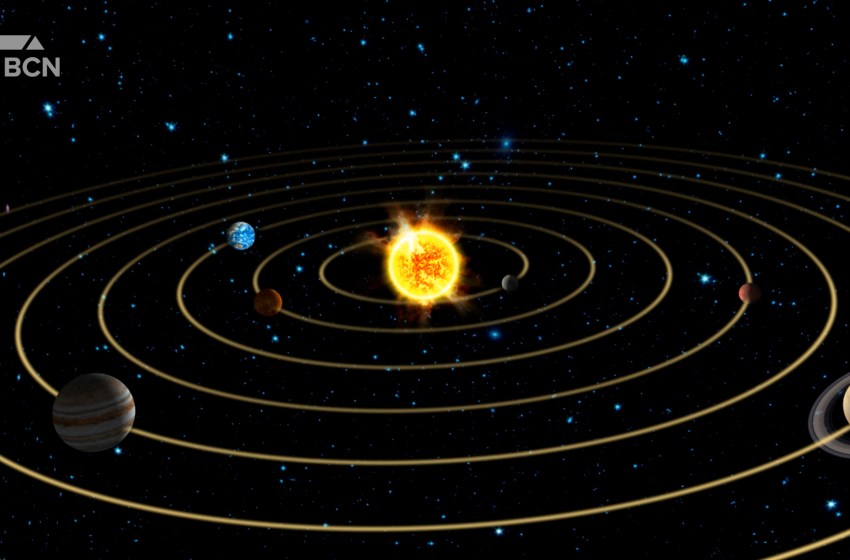 Jupiter and Saturn will visibly align for first time since

It‚Äôs a cosmic coincidence. For the first time since 1623 Jupiter and Saturn will appear to align the night sky, and shine brighter than ever. This occurrence is being called the 'Christmas Star'. Video Journalist Ainsley O‚ÄôRiley spoke with a theologian who shared his thoughts on the cosmos, and their impact on us today.Read More

Not in my Neighbourhood: Lethbridge Business Owners Concerned over Mustard

The Mustard Seed intends to put forth a zoning application with the city for the Ramada Hotel on Mayor Magrath Drive. Residents within a 60 metre range of the facility received a letter from the organization, stating their plans. Many business owners in the area expressed their concerns with the specific location in question.Read More 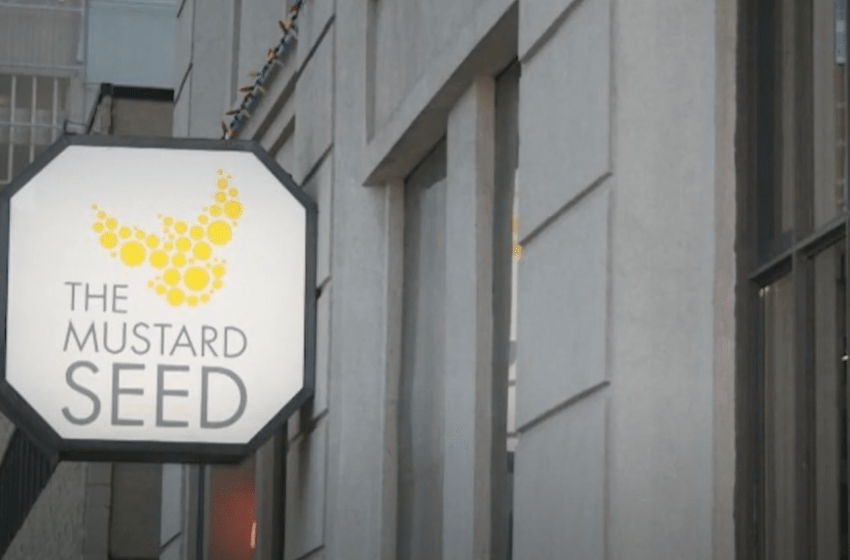 Mustard Seed organization to set up in Lethbridge; says there’s

There are currently 400 people on the waiting list in Lethbridge for permanent supportive housing. A Christian organization known as the Mustard Seed is looking to get those people out of a shelter, and into a home they can call their own.Read More 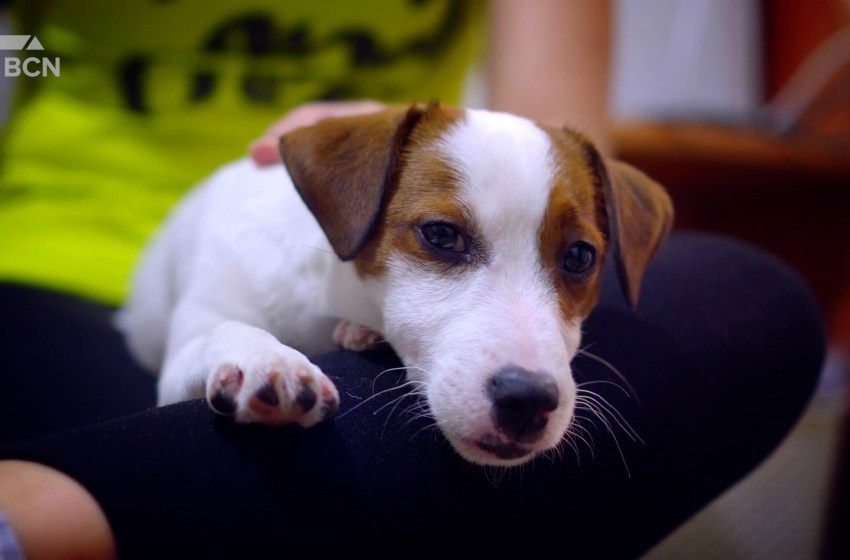 Recovering from addiction is a complex issue. Many say it takes hard work, a balanced lifestyle, and emotional support. But, who says that support needs to come from a human being? The Recovery College in Lethbridge offers a variety of courses and one involves pets. Video Journalist Ainsley ORiley has the details.Read More 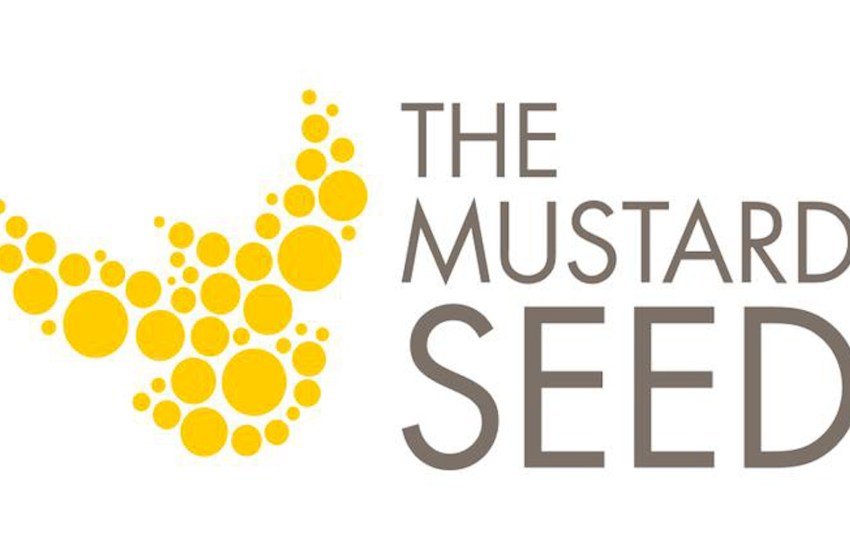 A Christian organization called the Mustard Seed is expanding into Lethbridge. The group plans to provide sober supportive housing to our city's most vulnerable. The nonprofit already provides over half a million meals per month, and nearly 500 shelter mats to various communities in the province. The managing director for Lethbridge, Byron Bradley, says the group is hoping to eliminate homelessness and poverty.Read More 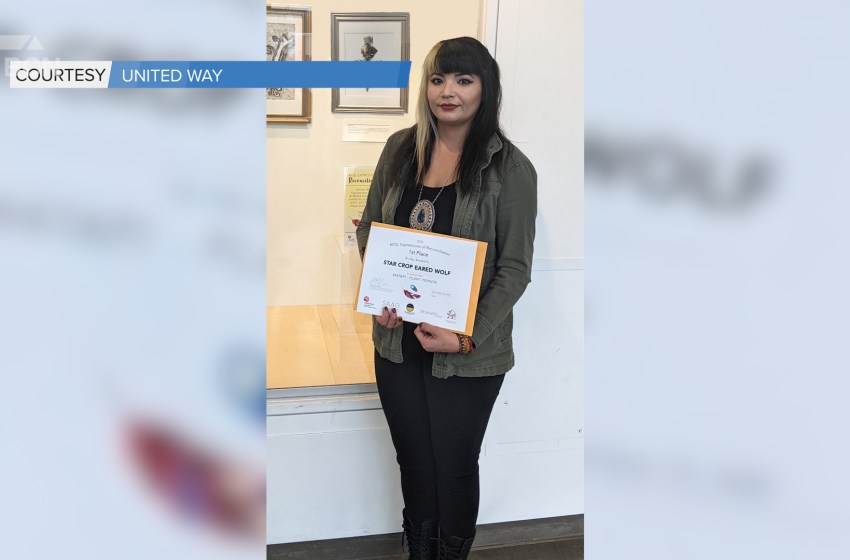 Winners of the 2020 YQL Expressions of Reconciliation Art and Media Contest have been announced. The first place winner is Star Crop Eared Wolf for an arrangement of pressed flowers and plants. United Way‚Äôs Marketing and Communications Manager, Connolly Tate-Mitchell, says art has become an important means of therapy and an effective outlet during this pandemic.Read More 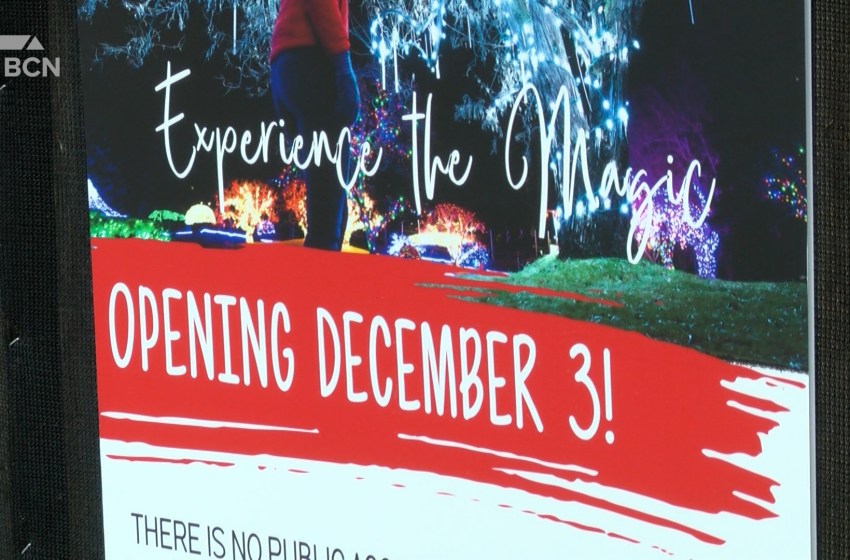 If you‚Äôre not sure about Nikka Yuko Japanese Garden being open due to pandemic restrictions, you‚Äôll be happy to know that the winter lights festival is a go. The garden's grand opening is set for Thursday.Read More 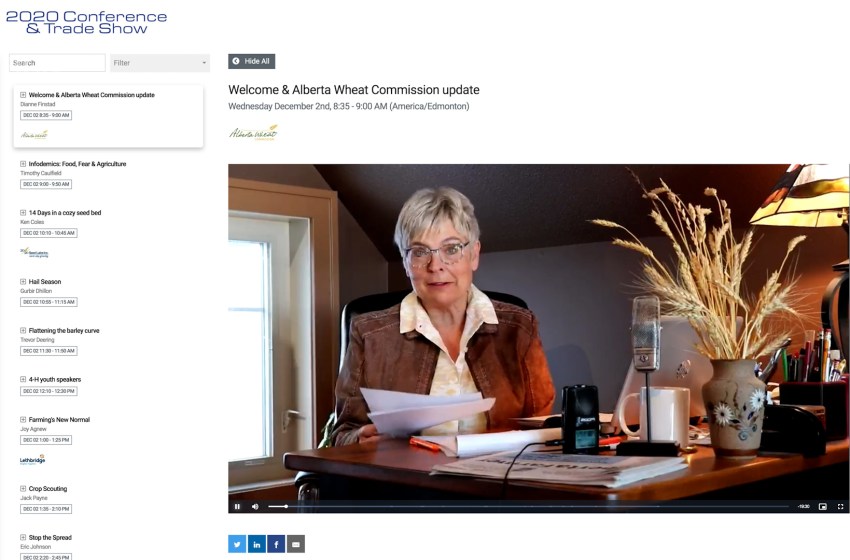 Farming Smarter had plans to host an in-person conference Wednesday and Thursday at Exhibition Park, but with provincial restrictions not allowing banquet-style events, the organization was pushed to an entirely virtual event. Organizers say that farmers are actually benefiting from an online experience, because it‚Äôs allowing for more networking opportunities.Read More 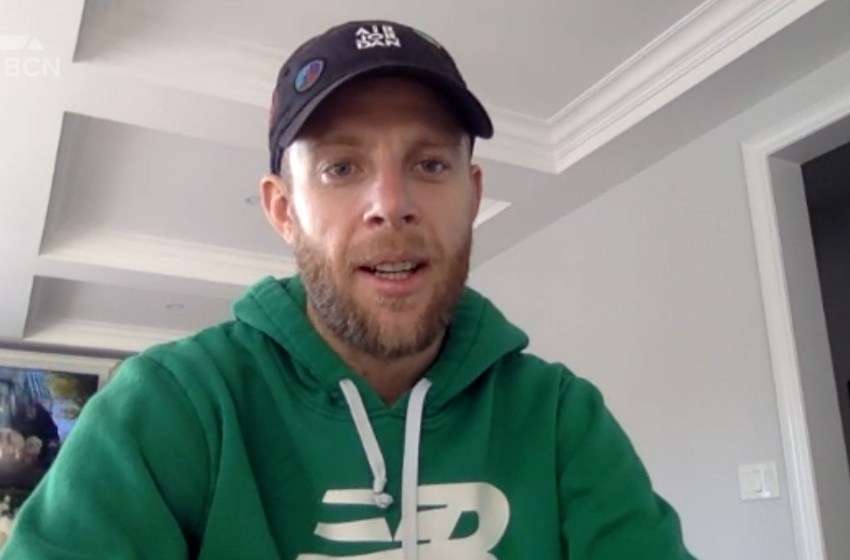 Former NHL player and southern Alberta native, Kris Versteeg recently placed third in CBC's Battle of the Blades. As a finalist Versteeg raised $15,000 towards the Opokaa'sin Early Intervention Society, which helps Aboriginal children. The two-time Stanley Cup champ also spoke about the upcoming NHL season, potentially not happening. Terms of an agreement with the NHL and NHLPA were settled four months ago, but now the league is hoping to obtain $300 million in concessions from players. If a deal with the NHL and NHLPA is not reached on the Return to Play, there will not be hockey this season.Read More 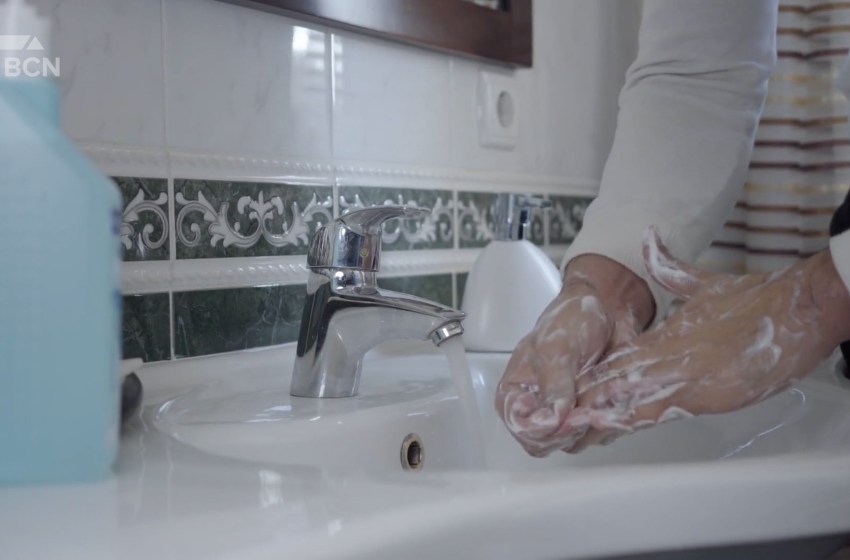 Many people describe obsessive compulsive disorder, or OCD as something that takes over your life. If you combine those feelings of distress with a pandemic, even more challenges arise. Video journalist, Ainsley O'Riley discovered that the mental health disorder is treatable, and local psychologists are having a hand in that process.Read More 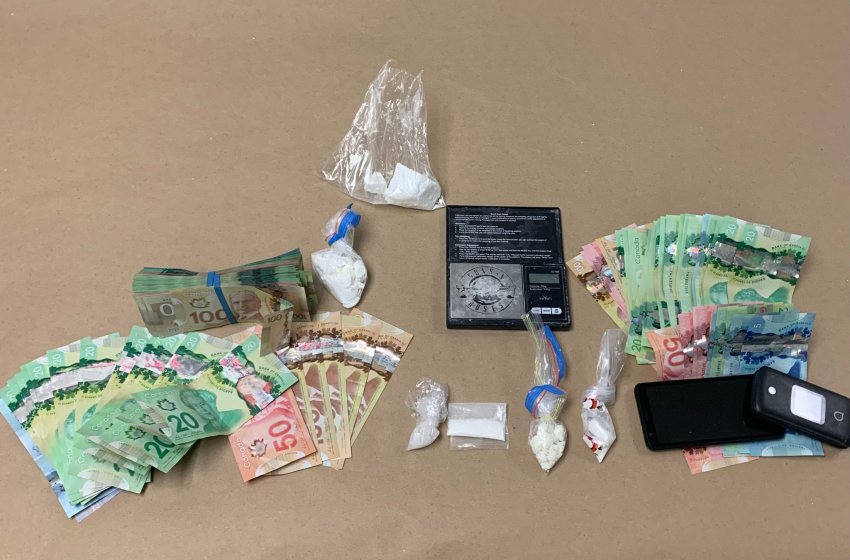 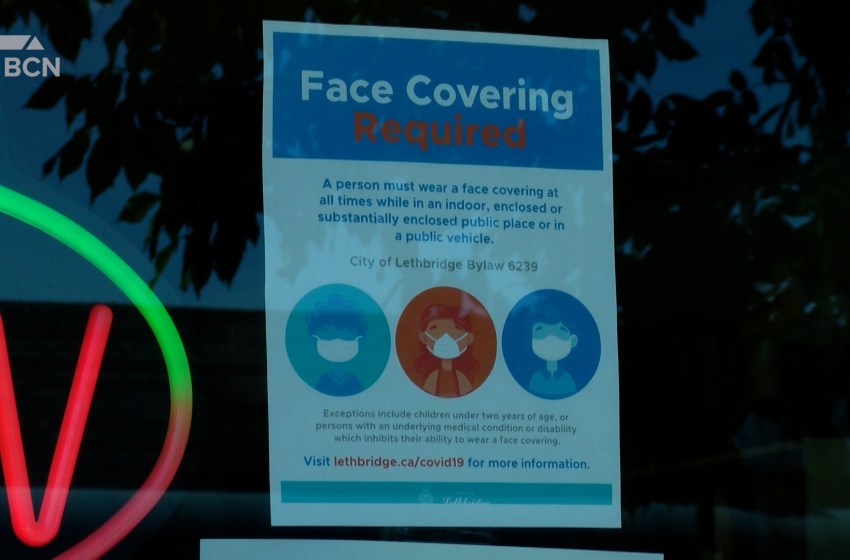 The City of Lethbridge has extended the mandatory face covering bylaw until at least February 23rd. In a vote of 6-3 on Monday, council voted for the extension which was set to expire on December 31st. Mayor Chris Spearman says with increased cases of COVID-19 more needs to be done. Spearman adds the Community Standing Policy Committee will discuss another potential extension on February 11th. As of Monday Lethbridge had 206 active cases of COVID-19.Read More 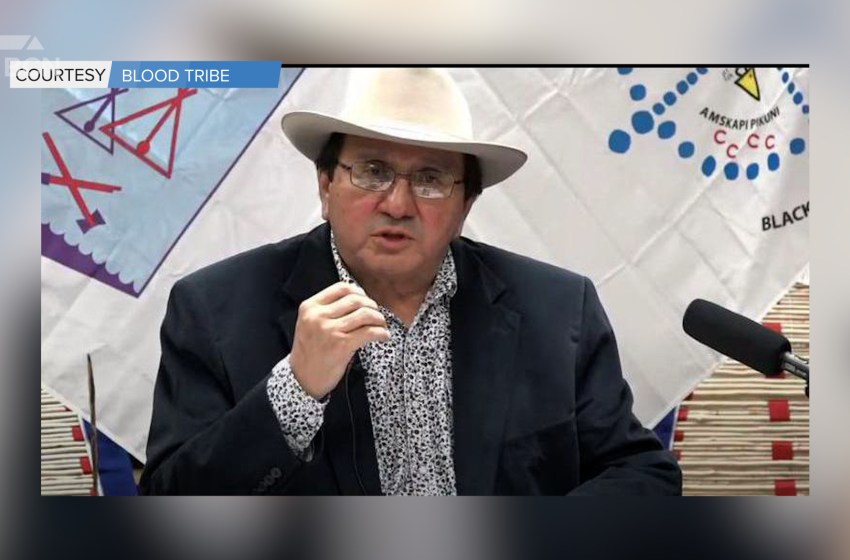 The Blood Tribe has re-elected Chief Roy Fox. Fox garnered the most votes with 628 ‚Äî around 23 percent of the ballots cast. Close to 90 people ran for 12 seats on council, as well for the First Nation. There were four polling stations available Thursday, including Exhibition Park in Lethbridge. Blackfoot resident, Jared Wolf Child says the community was looking for a leader who will address the ongoing opioid crisis.Read More 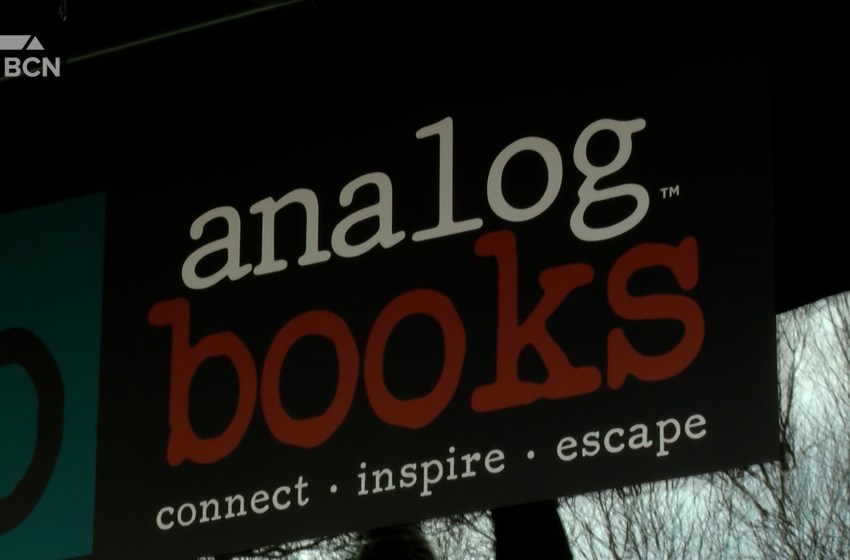 Between the global pandemic, and businesses struggling, it can be challenging for us to find uplifting stories in the community. However one business, Analog Books, will be hosting its grand opening Friday. Video journalist, Ainsley O'Riley has the details.Read More 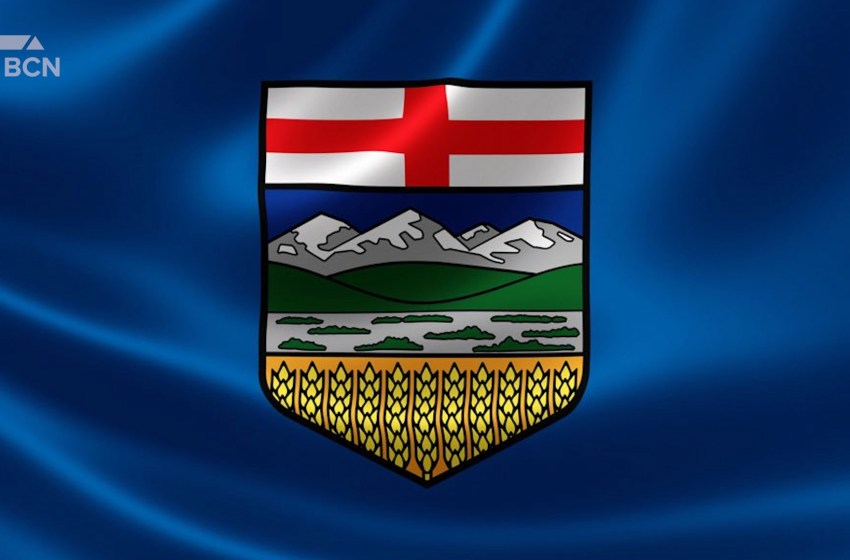 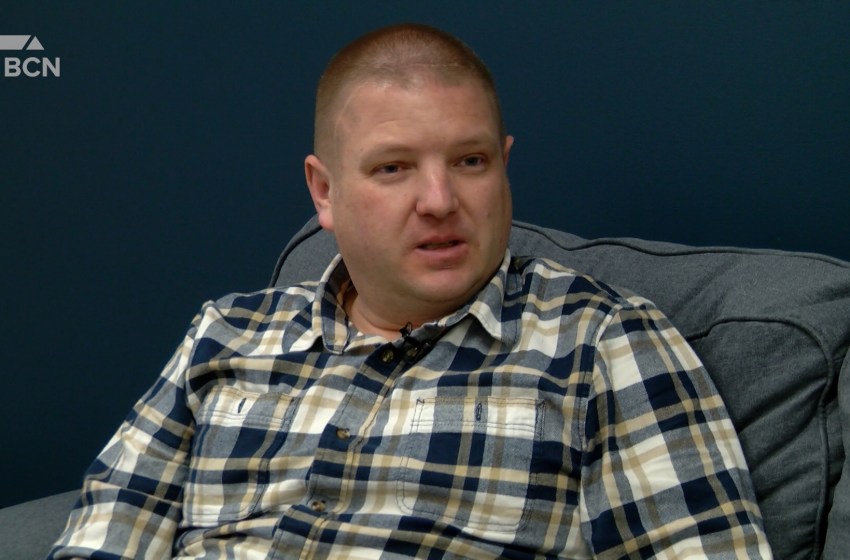 Colosseum Lethbridge says clients are ‘not sure’ about new restrictions

Businesses in Lethbridge have been ordered by the province to reduce customers to 25 percent capacity. The new measures will begin on November 27. Colosseum Lethbridge owner, Lance Secretan says that many of his customers have made cancellations because of uncertainty surrounding the new restrictions.Read More 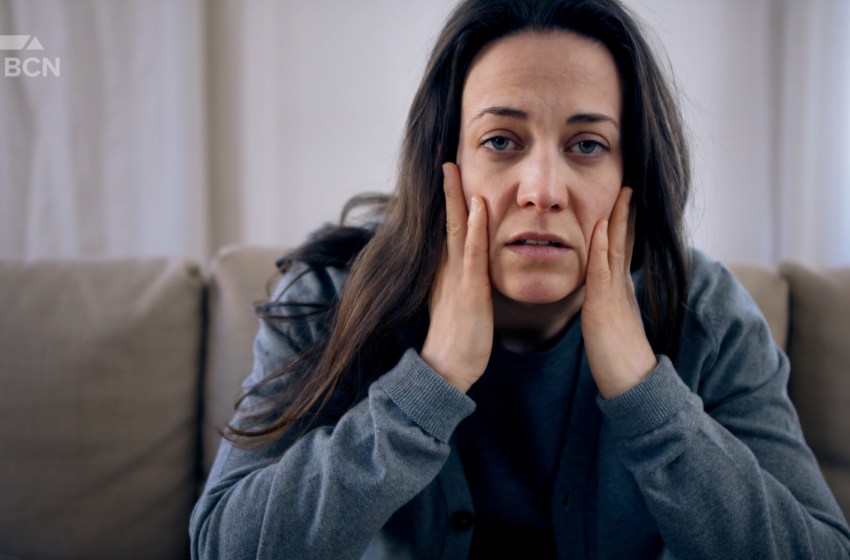 Mental Health Association says to reach out during isolation

Alberta Premier Jason Kenney was quoted at Tuesday's media conference saying that no indoor social gatherings are permitted, ‚Äòperiod‚Äô. However, Kenney was empathetic to those struggling with mental health issues. David Gabert of the Canadian Mental Health Association shared some tips for those struggling and the best way of getting through these difficult times.Read More 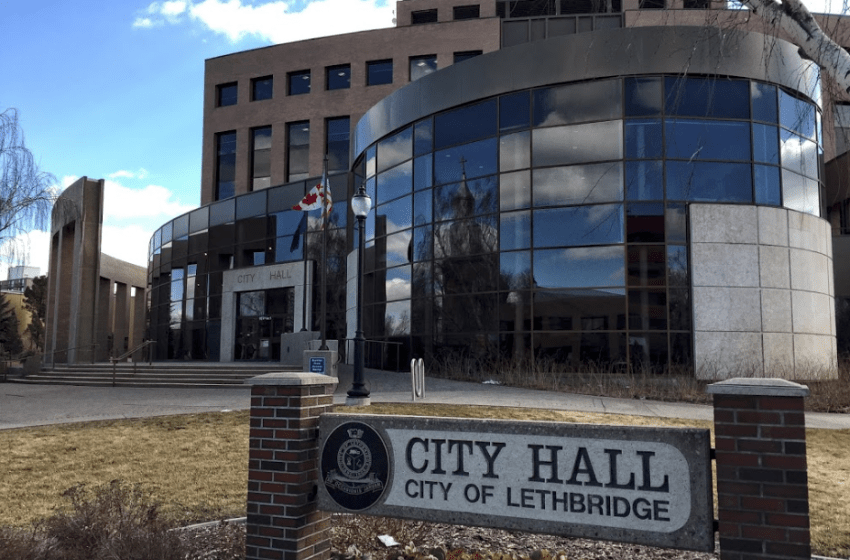 Lethbridge City Council began budget deliberations as the Finance Committee is preparing its 2021 to 2022 Operating Budget Review. A wide range of groups came forward making their pitch to council as to what their needs were.Read More 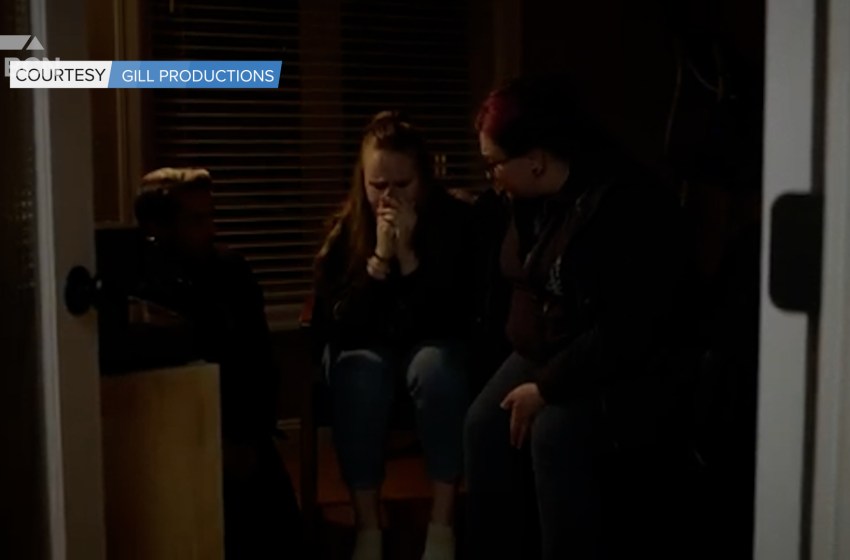 With COVID-19 changing the landscape of the way we work, and communicate, Lethbridge Victim Services are also impacted, going from in person visits to over the phone. As video journalist, Ainsley O'Riley, explains the volunteer program is an integral part of our community, and right now they are looking for volunteers.Read More 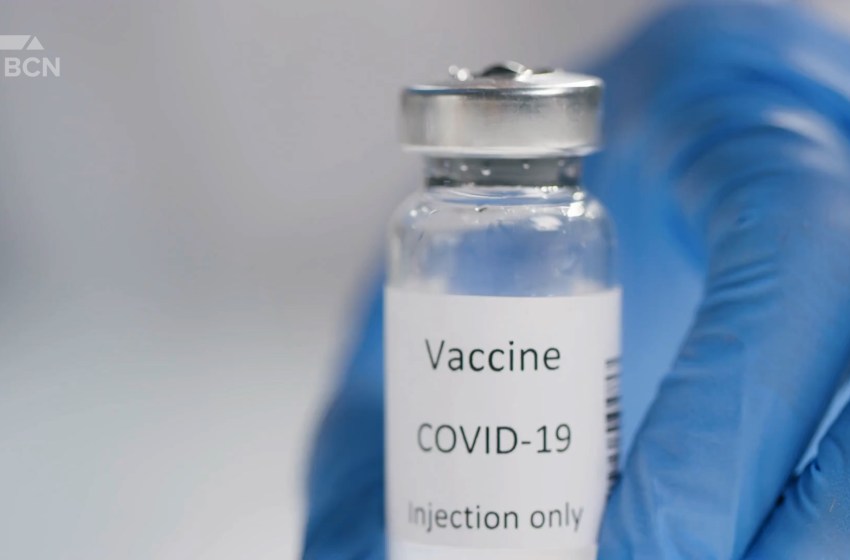 COVID-19 vaccine to arrive in Alberta by early 2021

Alberta expects around 680,000 COVID-19 vaccine doses to arrive in January. If all goes according to plan, the province would receive doses from pharmaceutical companies, Pfizer and Moderna. Video journalist Ainsley O‚ÄôRiley hit the streets of Lethbridge to see if residents would be interested in receiving a COVID-19 vaccine, and spoke to an expert about what a rollout could look like for Alberta.Read More 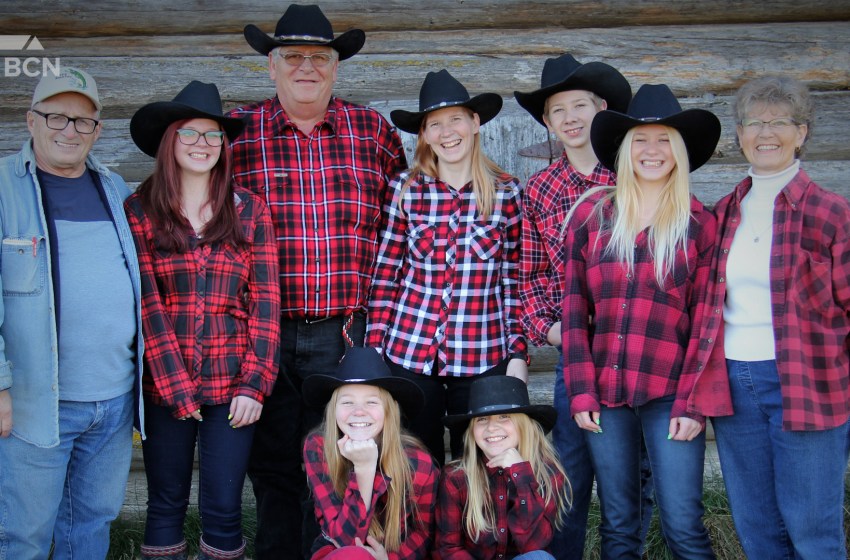 The wardrobe of a farmer is likely to include some classic flannel. Alberta nonprofit, AG For Life is running a social media contest called Farmers in Flannel. It aims to thank farmers for their hard work post harvest, during a pandemic. They‚Äôre asking farmers and their families to post their most creative shots wearing flannel using the hashtag, channel your flannel.Read More 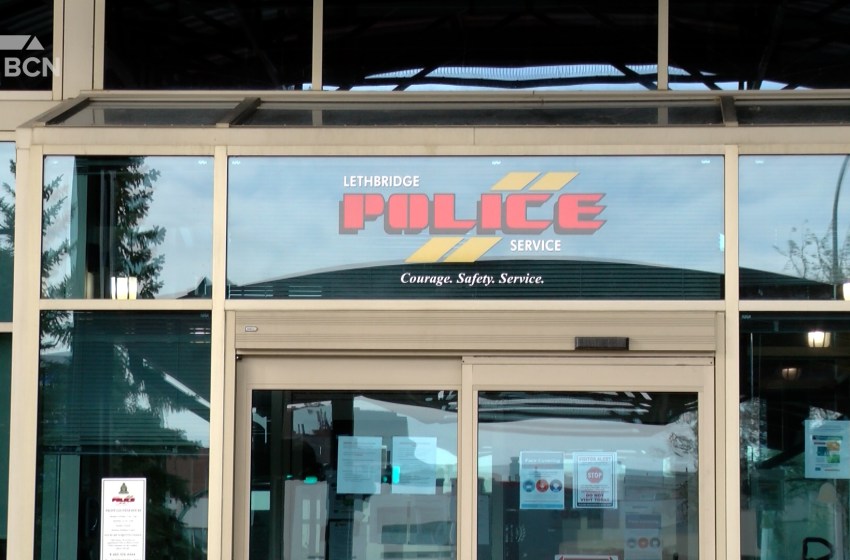 The UCP announced today that effective immediately the province is banning carding and establishing clear rules for interactions between police and the public. These changes will ban police in Alberta from randomly stopping members of the public asking for personal information, which is also known as carding.Read More