Hundreds of people gathered at city hall on Monday evening for the Sisters in Spirit vigil before making their way on foot through downtown to Galt Gardens in memory of murdered and missing Indigenous women, girls and two spirited individuals.

“It’s very emotional. Each and everyone of us have been touched by this situation. I’ve had cousins, I’ve had nephews and nieces that have been affected by this as well,” says Sheldon Day Chief, who was in attendance during Monday’s vigil.

Wendy English has experienced the tragedy first-hand. Seven years ago, two of her grandchildren were murdered. She says having these types of events are unfortunate, but allows one another to grieve together.

The group gathered for a candlelight vigil, where songs, speeches and prayers were shared.

“How powerful the prayers are, they’re so powerful. For all the prayers to continue throughout the world for all the people that are still missing, and for closure for some of the family members,” says English.

The Sisters in Spirit vigil is in its 15 year in Lethbridge, and Day Chief says it’s encouraging to see the growth throughout the past years knowing the message has been shared throughout the community.

“Change starts with us. It’s called a community action plan and where it starts in the community is with individuals and this is what this was calling for and I believe that’s where it all starts,” says Day Chief.

A message shared among the group during Monday vigil – it’s time for change to be made.

“The importance of awareness for initiatives such as this are most important because it shines a light of what’s been happening in Canada for such a long time and it’s a situation where it calls for action,” added Day Chief. 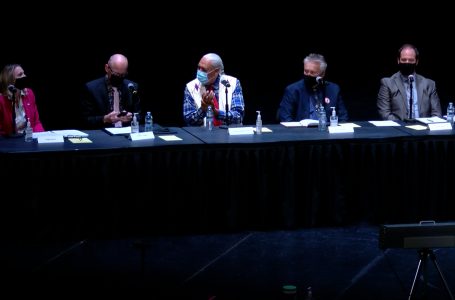 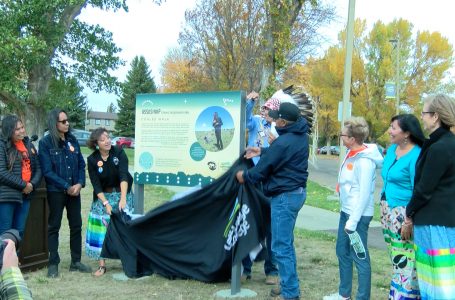