“When I first went on the website for Lethbridge Public, it was very difficult to find anything. It’s still challenging to find stuff. We need to make it user friendly and adapt it to the parents that want to get information quick and easy. The second thing is if you want to be accountable, you need to be in the schools. As a trustee you need to go to school council meetings and you need to go to the schools that you’re assigned and get to know them. So that people know who they can contact if they have a problem. Transparency is the need to be more upfront. I know that they did a couple of school meetings in 2017 for this school realignment, but you need to be in every school.”

“They took a lot of the information from the states, and that isn’t Canada. Residential schools is based on the United States model and not on the Canadian model. Kids need to be hands-on in music and fine arts. Grades K-6 don’t need to learn about people. They just need to be able to experience the art and the music and be able to enjoy it. Social Studies, I think we can do a lot better. It’s too much for young kids grades one and two. The former curriculum was pretty good. All that needed to be tweaked was treaty and reconciliation ideas. A little more information about the positive and negatives of what happened in Canada. Science was already built on building blocks. K-3, 4-6, 7-9. They’ve taken some of the really interesting subjects out of it. There were some aspects of Language Arts that I liked because that’s the way I taught. I didn’t mind the increased amount of computer coding. I also liked the fact that math was going to go back to some basics.”

Whitehead states that government’s like the NDP and UCP should stay out of ideology parts in the curriculum and just teach kids how to think critically.

Voters will head to the polls on October 18th for the municipal election. 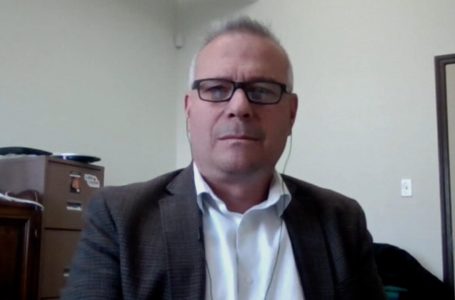 Voting for more than candidates this municipal...