Following a shortened season last year due to the pandemic, the Lethbridge Hurricanes opened up their 2021-22 training camp at the Enmax Centre on Thursday. Veteran player Logan Barlage says he’s excited for the new group of guys to hit the ice once again.

“It’s exciting for them, obviously they’re a bit nervous, but it was good to have a little practice ahead this morning and kind of just get the nerves out and I think they’re feeling better about it now so we will have some good games tonight and tomorrow,” says Barlage.

The 58-man roster includes seven goaltenders, 17 defenseman and 34 forwards, who are split into three teams throughout the weekend. The team will have three veterans on the roster this year, Alex Cotton, Logan Barlage and Justin Hall. For rookies Noah Chadwick and Logan Wormald, this year’s training camp is the first time the duo has been in Lethbridge since being drafted.

With limited ice time for the players, Chadwick says he spent much of last season and the summer focusing on himself ahead of training camp.

“I was fortunate enough to be able to practice with my midget team, although we got shut down, we were still able to work out and practice a few times a week which was great. I just did everything I could last year and in the summer to prepare myself for this season,” says Chadwick.

16-year-old Logan Wormald adds it was tough at first when the season came to a halt but he was able to work on his own game throughout the season.

“It was tough for sure to not play any games for 18 months, just practicing over and over or working on my game, working on everything trying to get bigger and faster,” says Wormald.

“The skill level has been great, you know, I don’t think the overall year of skill development and skating really hurt anybody,” added Maclachlan.

Players are excited to welcome fans back this season, however, AHS and the WHL will not require proof of vaccination, but masking will be mandatory for anyone entering the arena.

“I think the whole team is excited to get fans back in and I know the fans are excited, talking to my billets, they’re excited to get back into the rink. But, it’s going to be crazy that first game, there’s going to be some jitters and nerves, but I think we’re all excited  and can’t wait for that,” says Justin Hall, a 4th year with the ‘Canes.

The ‘Canes will begin the 2021 Pre-Season on Sept. 17 when they host the Medicine Hat Tigers. The Hurricanes will play a total of four exhibition games, with both home games at the Enmax Centre. The home opener is set for Oct. 1. 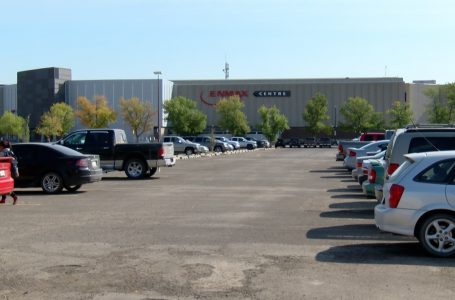